If you eat one meal in Puerto Rico, make it at Marmalade Restaurant & Wine Bar in old San Juan.  It’s a splurge BUT an experience you won’t forget –  a wonderful blend of food, wine, atmosphere, and company.

When planning my PR trip, this restaurant kept popping up in reviews and personal recommendations.  “It’s amazing” and “I crave it” were phrases I kept hearing from locals, usually accompanied by an eye roll. Needless to say, I had medium expectations going in, thinking surely it has been oversold a bit.

I did my research though because I was bringing a very large group, like 30 people large. When I travel, I’m often hosting a group and I have to get it right. That’s tough to do site unseen so it requires a lot more research and exploration  – and whether it’s a table for two or three large tables – Marmalade will be a home run!

I know Chef Schintler had a hand in getting ready for this big group and everything worked out perfectly. Selecting the tasting menu was the obvious choice.  My initial fear was that this would be too vegetable-focused for my group. Wrong.  This was not a fou fou group of eaters and they loved it.

So much food kept showing up.  Course after course.  Plenty for everyone at the table. From the menu, the dishes sound complicated but they were actually simple, fresh, and artfully presented.

From Starters – impossible to pick a favorite:

To Entrees – so yummy but the Snapper was a huge hit: 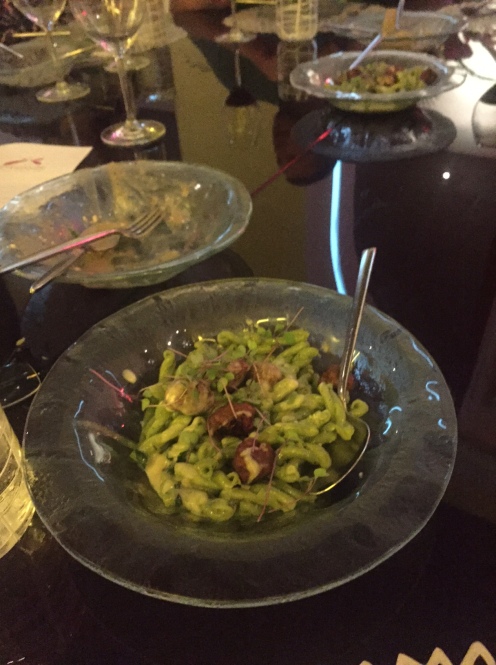 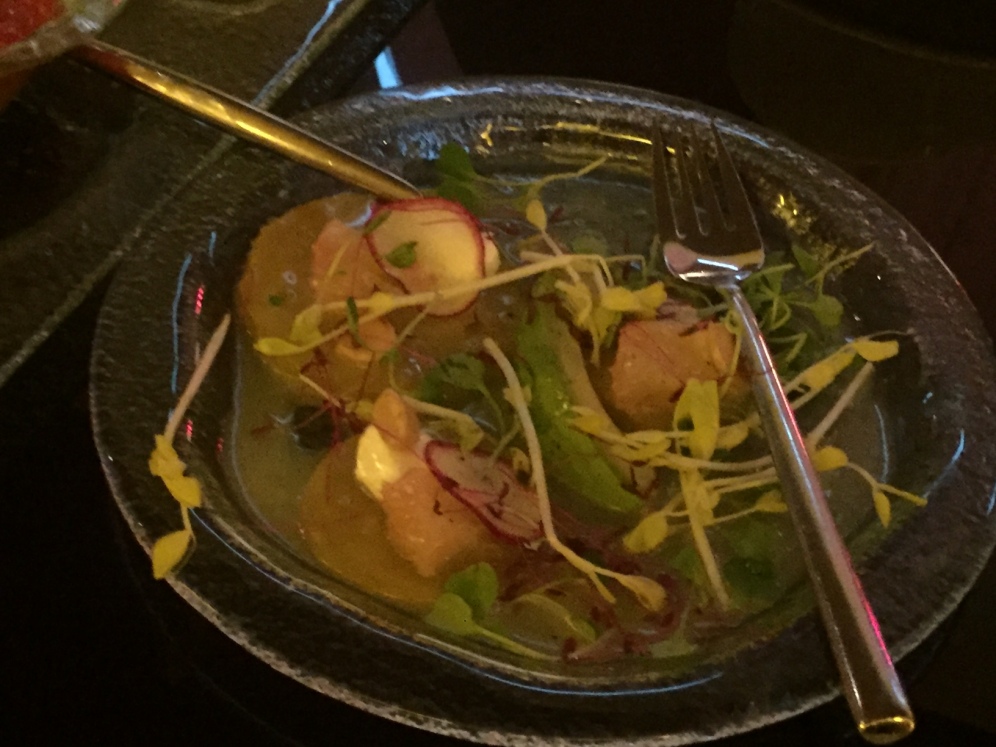 To Desserts that were decadent – everyone had their own favorite here! 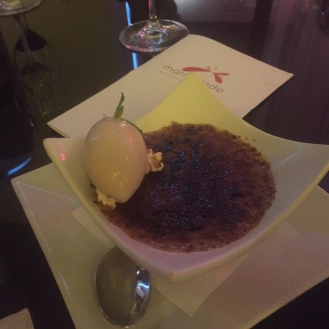 To the Signature White Bean and Truffle Soup that I now crave:

Your dinner at Marmalade will be an adventure – so come hungry and enjoy!

I love the restaurant – it feels very modern yet homey and comfortable.  We had three large tables that were nestled back in an alcove with big comfy chairs at the tables and gauzy curtains that separated our group from the rest of the restaurant which is much larger than I originally thought it to be.

The coup de gras for me was, the restaurant knowing that I really, really liked the soup (that’s an understatement as I now do the eye roll thing if you ask me about Marmalade), gave me the recipe for it on the way out. And now you have it too!

I promise this soup will be worth the work involved so, whip up a batch of soup, sit back and plan your trip to Puerto Rico!